I
f you’re one of those travelers who always picks a seat over the wing, you’re in luck. In this new-concept aircraft, you – and every other passenger on board – will be flying IN the wings.
They call it the Flying –V. And it’s a whole new vision of passenger flight.
“Tube-and-wing” design has defined planes since the earliest days of passenger flight. Innovative approaches to aircraft design continued in military applications, where flying wing aircraft have established a presence. Now, they’re set to transform commercial passenger flight.
In the Flying-V, the pilots remain in the nose. But behind them, the passenger cabin, cargo hold and fuel tanks are in the wings, resulting in a plane that’s a spectacular V shape. No more tube!
The reason for the Flying –V design is simple: it’s incredibly energy efficient, especially for long-haul flights. KLM, who is partnered with Airbus and the Netherlands’ Faculty of Aerospace Engineering at Delft University of Technology (TU Delft) in the project, predicts that the improvements in aerodynamics and reduced weight of the design will lower fuel consumption by 20% even over the most fuel-efficient aircraft flying today.
In a further step towards its goal of sustainable flight travel, the company is planning in a further stage to fly the Flying –V on sustainable fuel. 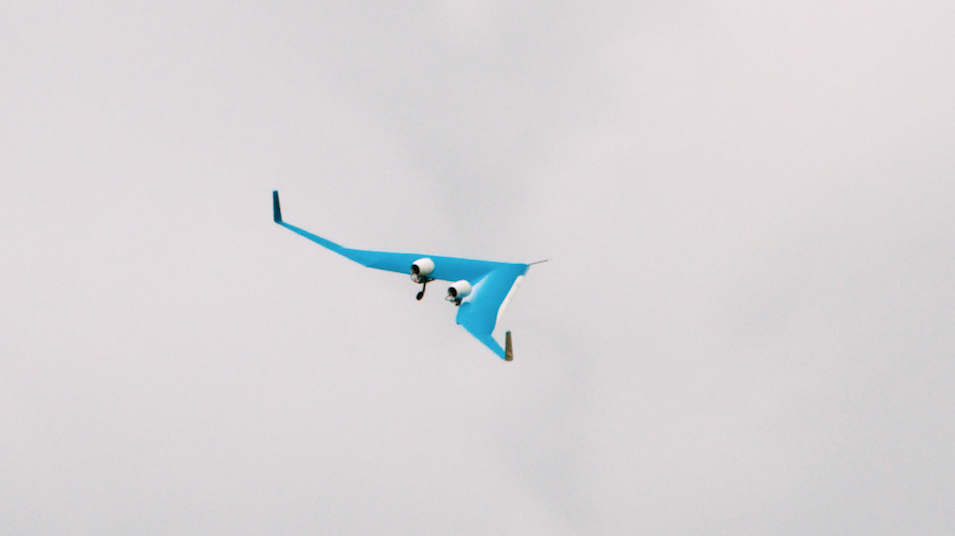 You Could Soon Be Flying On This Futuristic Plane

KLM’s Flying-V represents the most exciting innovation in commercial passenger aircraft design since the now-retired Concorde. That supersonic jet’s distinctive, ‘hawk’s-nose’ design contributed to the ultra-aerodynamic shape that enabled the plane to transport passengers on Trans-Atlantic flights faster than the speed of sound.
The Flying-V’s design gives it the advantage in distance, not speed. Its fuel efficiency will enable it to fly longer without refuelling. That could mean more ultra-long-haul, non-stop flights.
KLM has now successfully flown a scale model of its Flying-V, but there’s no date for the plane to begin service. Nonetheless, we’ve got some insights about what flying will be like in the Flying-V.
The innovation partnership compares the Flying-V to Airbus’ current most advanced aircraft, the A350. The Flying-V is not as long as the A350, but it’s the same width, so it fits in existing airport infrastructure like boarding gates and runways and hangars.
The Flying-V will carry the same number of passengers – 314 – as the A350, and the same amount of cargo. But ultimately, it’s a shorter, smaller aircraft. And that contributes to its reduced air resistance and increased fuel efficiency.
The team is taking the opportunity of a new aircraft design to re-imagine the interior of the plane and passenger comfort and on-board experience, too. To maximize the efficiency gains of the outside of the plane, the insides have to be as lightweight as possible. Everything is being re-designed, from the seats and bathrooms to the seating layout in those futuristic wings.
And of course, what’s automatically changed… is the view, from INSIDE the wings.

Images courtesy KLM Royal Dutch Airlines
Copyright BestTrip.TV/Influence Entertainment Group Inc or Rights Holder. All rights reserved. You are welcome to share this material from this page, but it may not be published, broadcast, rewritten or redistributed. 30 Years Later: Celebrating One of the Great Monuments to Democracy

This fall, Germany celebrates the 30th anniversary of its reunification. It’s hard to believe it was three decades ago that the... Wish Away the Worst of 2020, Give Thanks, and Plant Hope - Tourism New Zealand's Forest Initiative

When the sun rises on the New Year, New Zealand’s location on the globe makes it the first country in... Wine lovers have one more reason to get traveling again next year. In celebration of one of its oldest and most...

We help grow your business.